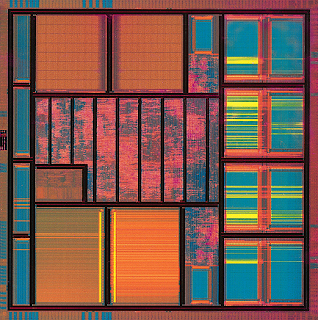 In Volume Three of APPOSITIONS: Studies in Renaissance / Early Modern Literature & Culture, you will find:

One of those articles first appeared as a conference paper during our 2010 Appositions e-conference. For the closing remarks from that event, please visit this page: http://appositions.blogspot.com/2010/02/welcome-message.html.

Presenters at our annual e-conference are invited to submit article-length versions of their papers for our standard peer-review process at the journal while we review manuscripts during our submission period, October through April. Conference presentation does not guarantee journal publication, but we do hope that our electronic forum may generate useful commentary on works-in-progress.

The rest of the documents gathered and published here were submitted independently of the 2010 e-conference.
_____

George Klawitter,
Andrew Marvell’s Use of John Donne: “The Definition of Love” 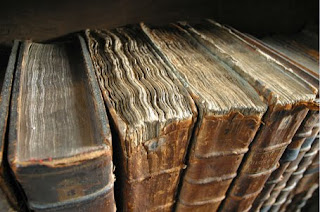 In our opinion, we have assembled a robust gathering of works that all strike a vital balance between traditional and innovative concerns in the field. The content speaks/reads for itself, but, of course, we also welcome your participation.

Appositions is designed for commentary and open-access. You may post your questions and comments via the “post a comment” link at the bottom of each document page.

We hope you enjoy your visit, and that you’ll share Appositions with your colleagues, friends, and students.

Use the triangles (on the left) to open & close the TOC, then click individual titles & SCROLL DOWN.
_____

All submissions to the journal, APPOSITIONS: Studies in Renaissance / Early Modern Literature & Culture, ISSN: 1946-1992, are evaluated via double-blind peer-review: each work is sent anonymously to two readers for independent assessments. Solicited materials, including book reviews, also undergo this procedure. In most cases, members of the journal’s Editorial Board evaluate submissions, but sometimes external reviewers contribute to our editorial process. Results following split-votes are determined by the Editor. Average time from submission to evaluation and reply: seven weeks or less.
_____

1. A public disputation by scholars; a formal examination by question and answer; still applied to the ‘Speech day’ at St. Paul's School, London. [1659-60 PEPYS Diary 9 Jan., “My brother John’s speech, which he is to make the next apposition.” 1864 Press 18 June 588, “St. Paul’s School . . . celebrated its annual Apposition on Wednesday.”]

4. The placing of things in close superficial contact; the putting of distinct things side by side in close proximity. [1660 STANLEY Hist. Philos. 64/2, “The mistion of the Elements is by apposition.” 1669 GALE Crt. Gentiles I. I. vi. 35, “[The word] according to the various apposition of the leters, may signifie either a foot, or a river.” 1830 LYELL Princ. Geol. (1875) I. II. xix. 488, “These layers must have accumulated one on the other by lateral apposition.” 1850 DAUBENY Atom. The. iv. 121, “The result of the apposition of an assemblage of smaller crystals.”]

6. Rhet. The addition of a parallel word or phrase by way of explanation or illustration of another. Obs. [1561 T. [ORTON] Calvin’s Inst. III. 187, “Calling faith the worke of God, and geuing it that title for a name of addition, and calling it by figure of apposition Gods good pleasure.” a1. 638 MEDE Wks. I. xxiv. 93, “It is an Apposition, or παράθεση, and ειρήνη στη γη, the latter words declaring the meaning of the former; ‘Peace on earth,’ that is, ‘Good will towards men.’”]

7. Gram. The placing of a word beside, or in syntactic parallelism with, another; spec. the addition of one substantive to another, or to a noun clause, as an attribute or complement; the position of the substantive so added. [c. 1440 Gesta Rom. (1879) 416, “Yonge childryn that gone to the scole haue in here Donete this question, how many thinges fallen to apposicion?” 1591 PERCIVALL Span. Dict., “A Preposition . . . either in Composition, as, Contrahecho . . . or in Apposition, as, En la casa.” 1657 J. SMITH Myst. Rhet. 191, “Apposition is a figure . . . whereby one Noune Substantive is for Declaration and distinction sake added unto another in the same case.” 1860 JOWETT Ess. & Rev. 398, “In the failure of syntactical power . . . in various forms of apposition, especially that of the word to the sentence.”]

E-JOURNALS in the Field